Uniques are Important for Buzz not Total Actions

My friend Gini Dietrich posted today about Social TV. And while there is a mention of Social Media Buzz determining TV programming, I have seen articles showing sometimes buzz on Social did not mean a successful movie or TV show.

How could this be? Easy. You can not use total buzz. It means as Gini would say....Horse Hockey.

YOU MUST GET A UNIQUES NUMBER!

Why? Because that is the important number. Look at the follow screen shot of Skittles:

So let's look at TV. What if there was 1 million people who mention a TV show in a week. Vs 1,000 who are such hardcore fans they talk nonstop all week adding up to 1 million mentions. Which scenario will mean much more a sign of if the show will be successful or not. Those 1,000 people talking non-stop might expose your program to 1 million but unless they get people to join in we have no idea if there was influence.

In fact while running Twitter for some clients I find people like this all the time. Look at how many tweets and how small a network. How many people is this person really reaching outside that network? I bet not many based on how little content gets retweeted.

I had a conversation not long back with Scott Monty of Ford. He said he would rather have 10,000 hardcore fans on Social than 50 million people pay half attention to Ford's TV spots. Well what if that 10,000 do not influence anyone? What if they do not attract more people to participate because there is only 10,000 rabid fans? I will take the 50 million half watching the TV spots even if they cost more personally.

The point is uniques trump total buzz for insights. And unless those uniques are attracting people to the conversation their impact is negligible. But I will guarantee most marketers would prefer to give total buzz to their Boss, CEO, CFO because it looks better.
Posted by Ex-Chief Alien at 8:12 AM 9 comments:

Back from Hiatus, News and Thoughts 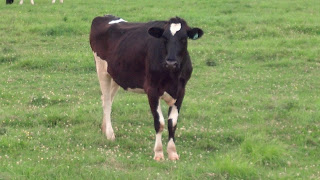 Life has been hectic. Needed a short break from blogging. I live near cows in the mountains and yes life is hectic! Just no traffic or smog.

The Chief Alien is involved in some new career adventures, putting Sky Pulse Media in the closet and partnering with a good friend's venture called Web Choice Consulting. Basically we decided her Web Building, SEO, and Sales expertise pair well with my Marketing Strategy and Social Media Expertise. This should be fun!


My new Twitter handle is my name for now. @HowieGoldfarb

I will be blogging for Web Choice on a Wordpress platform so all of you who hate my blogger use because I am non-techie like you can rejoice. I do plan on keeping Space Agency Notes going though and modifying the mission here and also move to Wordpress so stay tuned.

When do the Olympics start? I can not recall less excitement. I have not watched 1 minute yet and they are almost half way over.

Is social media a powerful force on singular events? Not really. Time and Time again we see outrage when someone or a company do something we can't believe and then we move on to the next thing. Short attention spans mean nothing really changes.

Some people like Ryan Holiday are really bad people, almost as bad as Rush Limbaugh. But being bad often means staying employed and making money while good honest decent folk struggle to make ends meet. This is very sad.

There still isn't a Twitter platform that has all the functions I need yet. Ahem...Jugnoome hurry up!

And lastly, Quality Product, Great Service, and the Right Price Point still trump all marketing. But since most business struggle with one or all three.....help is here just ask!

Ex-Chief Alien
Vermont
Howie G. is the former Chief Alien of Sky Pulse Media. Now resides as Vice President of Marketing and Corporate Strategy at Web Choice Consulting. He has over 18 years experience in Sales, Marketing, and Business Development. Follow him on Twitter @skypulsemedia or visit www.skypulsemedia.com